Years before taking his place at the state capitol, Oklahoma Governor Kevin Stitt sold books door to door with Southwestern Advantage, an experience that he directly points to for teaching him the skills that would one day lead him to the Sooner State’s highest office. 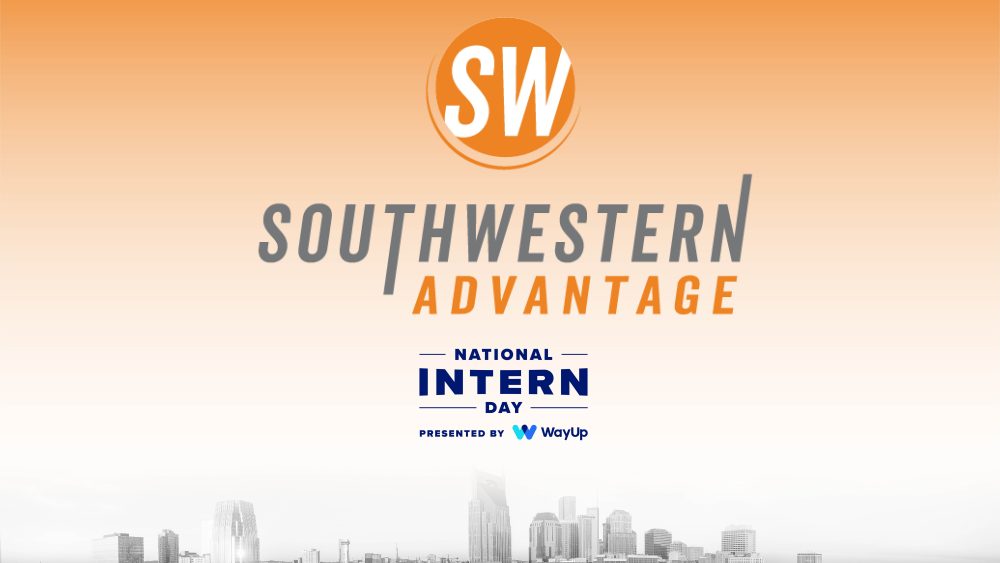 For the second time, Southwestern Advantage has been chosen by WayUp as part of their Top 100 Internship List for 2021 by a panel of industry expert judges and thousands of public votes. The audiobook of “Redefining Possible”, the game-changing guide to overcoming barriers and accomplishing your goals, is now available on Audible.com! Roman Chiporukha, CEO of SpaceVIP, sits down with Southwestern CEO Dustin Hillis for an out-of-this-world interview! With the 2021 Olympic Games underway, we dug into The Action Catalyst archive for two guests who have represented Team USA on an Olympic level; Vince Poscente, who is now an in-demand speaker and expert on resiliency, explains how he used determination and innovation to rise to the ranks of an Olympic skier in just four short years, and Johnny Quinn, a professional speaker and former professional football player with the Buffalo Bills and Green Bay Packers tells the story of his unbelievable journey from the NFL to the United States Olympic bobsled team, to competing in the 2014 Winter Olympics in Sochi, Russia, and getting trapped in a bathroom in Olympic village! Creating Your Vision Board

Imagine what it would be like if life came with a map. A clear, easy to read, piece of paper that told you exactly what to do and where to turn to reach your goal. Sounds nice right?  The truth is, life doesn’t come with a map but you can make one. FROM SOUTHWESTERN TO SOUTH OF THE BORDER: REAL ESTATE, GRATITUDE, TEQUILA AND MORE WITH PAT ROACH – EPISODE 355 OF THE ACTION CATALYST PODCAST

Join Southwestern CEO Dustin Hillis and President of Southwestern Real Estate, Pat Roach, as Pat shares his journey from selling books to selling homes, Southwestern Real Estate’s recent expansion into Mexico, the importance of his rigid morning routine, the huge benefits of focusing on gratitude, how to rebuild faith in yourself after a failure, and even some recommendations for top shelf tequila! Don’t miss this fast-paced and wide-ranging conversation! LOVE IS THE KEY TO EVERYTHING, WITH STEDMAN GRAHAM – EPISODE 354 OF THE ACTION CATALYST PODCAST

Author, educator, and businessman Stedman Graham joins The Action Catalyst podcast, talking with Southwestern Family of Companies CEO Dustin Hillis about becoming a leader to yourself before you can lead others, creating a culture of learning within your daily life, a surprise friendship with Michael Jordan, spending time with Oprah and Nelson Mandela, and how love and humility is the key to all things. A SOUTHWESTERN SALUTE TO VETERANS, WITH GARY PEARS – EPISODE 353 OF THE ACTION CATALYST PODCAST

In honor of Independence Day, Mr. Gary Pears, Southwestern legal counsel, and a former captain in the United States Marine Corps, offers a tribute to our nation’s veterans, the brave men and woman who continue to make our freedom possible, led off with remarks from Southwestern Family of Companies CEO Dustin Hillis about the principles that found great countries, as well as great companies. FAITH IN YOURSELF, FAITH IN OTHERS, FAITH IN POSSIBILITY, WITH MARK BROWN – EPISODE 352 OF THE ACTION CATALYST PODCAST

Southwestern Consulting’s Ron Alford sits down with Mark Brown to cover his upbringing in Jamaica, his unique path to success in the United States, the importance of choosing the right words, and the role faith, both in yourself and others, plays in business and leadership.