Giving Back: An Interview with Southwestern Consulting Sales and Leadership Coach Bob Moses In fact, the principles Bob learned from his early days at Southwestern were so successful, they allowed him to retire completely at age 35.

But when you’ve gotten used to changing lives, sometimes you just don’t want to stop. Now back for a second career, Bob reflects on his SWFC journey, including the parts he finds most rewarding and why “lamplighter” is a term near to his heart.

Bob’s career began with the Southwestern Advantage College program in 1991 as a college freshman at The University of Delaware.

“I saw a sign on campus on a billboard saying there was an upcoming informational session to learn about a summer program where you could make $5,000 in the summer,” he says. “I went and checked it out. I told my roommates about it, how amazing it was. I was sold!”

Bob quickly rose through the Southwestern Advantage ranks, setting the pace among his peers.

“At the University of Delaware we have shorter summers – trimesters – so my longest summer was 10 weeks,” he recalls. “Out of the first-year dealers, I was the #1 guy in weekly sales for the Mid-Atlantic region.”

Bob went back the second year as a Southwestern Advantage student manager. “My second summer, I was #1 again for Mid-Atlantic region, and I had the #1 team.”

He went back the third summer as an organizational leader, but a severe back injury caused him to leave the book field early. Bob took what he had learned from Southwestern, however, and was later placed in his first job by Tom Rossi, who worked for the Southwestern Placement division at the time.

“I remember getting eight job offers at a time when most of my peers were hoping to get one,” Bob recalls. “Of anyone I know, I had the highest starting salary of [my peers]. Totally thanks to Southwestern Advantage.”

“When I joined Paul Revere, they were a 100-year-old company, and I was the #1 Rookie in the 100-year-old history of that company. I just did what Southwestern told me to do selling books – but instead I replaced the nouns. Instead of books I said insurance,” he jokes.

Paul Revere was eventually bought out and Bob went to work for a finance company, where he was the #1 producer out of a sales team of 220 nationwide. When that company also got bought out, he called Southwestern Placement again in 1997.

“They said they were opening a new office — Southwestern Business Resources was the name of the company at the time. And they later changed it to ThinkingAhead.”

Bob started as an Executive Recruiter with ThinkingAhead and went on to be #1 in the history of the company at the time. “I think at that time there had been a total of 400 people. We had multiple offices, two in Europe, 5-6 in U.S.,” he says.

After several years, Bob left ThinkingAhead to pursue other business ventures. He then decided to retire in his mid-30s, enabling him to homeschool his two kids, Courtney and Jake, for nine years.

“That was awesome… literally a once in a lifetime opportunity,” he says. “I was just so blessed – thank God and thank Southwestern – that I actually retired when I was 35.”

When his kids eventually left the nest, Bob found himself wondering, “What am I going to do next?” He called a former friend from his bookselling days at Southwestern Advantage.

“He said ‘What do you want to do?’ and I said ‘I want to help people with things like time management, sales, running businesses successfully, goal-setting, crushing their goals and to live a life they enjoy.’” That friend put him in touch with Southwestern Consulting Sr. Partner Dave Brown.

“I [told him], ‘I want to help people crush their goals in life. I feel blessed by Southwestern and want to get to share all that, because I’m a product of Southwestern.’ And he said, ‘Well, that’s what we do!’”

Long ago, in small villages and towns, a certain person had a particularly important job. Each evening around dusk, this person would walk through the town, individually lighting the gas lamps that provided security and illumination during the night.

At the end of his rounds, the last light he lit up was on a hillside, overlooking the town. He would always pause before going home, reviewing his evening and seeing all the lights he had left burning.

You have a chance to be a lamplighter too. By putting something significant into the lives of others, you light a fire in them. Whether it is rekindling one that has long been dormant or giving a new perspective leading to a new fire, you are a difference maker. Remember the lamplighter: look back on each day not as a source of income, but in terms of the lights you have left burning in people’s lives.

While Bob is currently on track to be a Southwestern Consulting Partner at the end of the year, “I’m not motivated by money,” he says. “The purpose of my life is to help others unleash their extraordinary potential. To enjoy the journey, to live a life of abundance.”

Among the lives changed, he recalls the story of one coaching client who, before he got into coaching he had just been through a nasty divorce. “Never wanted to get married again, income took a dive, gained a ton of weight,” Bob says. “After one year of coaching he lost 52 pounds, doubled his income and got remarried!”

“And so, we directly serve people.”

“The first two Southwestern Consulting coaches I personally coached were also #1 Rookies – Daniel Burke-Aguero and Peter Varberg,” Bob says. “I have a coach myself too – I believe in this!”

Currently based in Philadelphia, Bob and his wife Coleen have been married for 25 years – introduced, coincidently, by a former Southwestern Advantage team member.

“What gets me up in the morning is how I want to show up each day,” Bob says. “In the Parable of the Talents, [it] talks about how we are to use our talents, but more importantly how we are to grow our talents. Using is great, but growing it is what we’re called to do. So want to show up each day as someone who is positive, patient, accepting and energetic, loving and impactful.”

“Because the opposite of that is just burying my talent.”

For more about Bob including a free consultation on Southwestern Consulting Sales and Leadership Coaching, visit SouthwesternConsulting.com Bob and his wife Coleen with team member Aaron Barker (left) and his wife Kimi on a recent incentive trip to Greece. 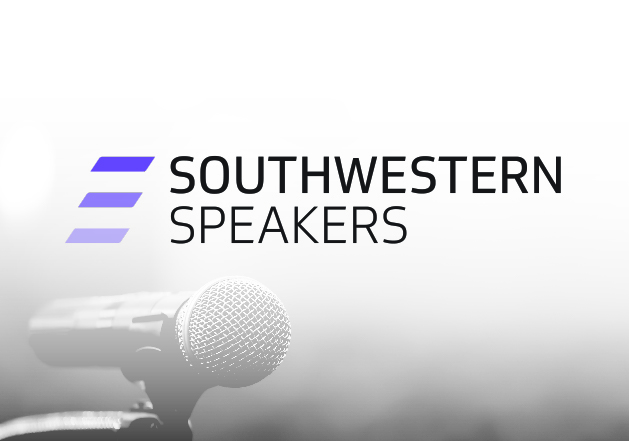 This month Southwestern Speaking is pleased to announce that our team is growing! Debra Stern has joined our team as a Speakers Agent. Read More
June 28, 2021 How do you apply the principles found in the Amazon #1 Best-Seller for coaching, Redefining Possible, to the things everyday people are dealing with in this country and around the world? Read More
March 2, 2021 No one knew as we toasted to the new year that all of our plans and projections would be entirely overthrown by the most unprecedented year in recent history. 2020 arrived with its own set of rules and left no assumptions unchallenged as the months unfolded. Read More
December 1, 2020